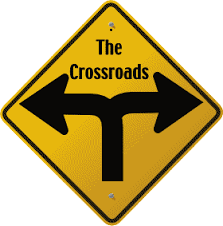 We find ourselves today in a time not unlike Israel in Jeremiah’s day. Although he preached the truth to them, they refused to hear. He said the people had ears but did not hear and had eyes that did not see (Jeremiah 5:21 and following).

God had given Israel the land of Canaan (otherwise known as the Promised Land) to the Israelites because the former occupants, the Canaanites, sacrificed their children to Molech (also known as Baal). Now, the Israelites had departed from worship of the one true God and had taken up the worship of Molech.

This worship ritual included the burning of their children to Molech—something God never intended anyone to ever do (Jeremiah 19:4-5).

Today, people justify the killing of the unborn as, “A woman’s right to choose,” or “A woman’s right to her own body.” Except it isn’t her body. It’s God’s creation living inside her. He has chosen to create that person. That person has a destiny; a purpose to fulfill in God’s plan.

In a very few days we have a choice to make when we go to the voting booth. We can either elect the party that chooses to cut to pieces an unborn child, even up to the day of its birth, or the party who chooses to protect the most vulnerable of our population. Joe Biden claims to be a Christian, and yet he chooses to stand for killing the unborn. You can’t have it both ways.

If we choose to repeat the sins of the past and continue this grievous sin, we will be the next nation slated for removal by the holy God who demands obedience to His Word which says, “You shall not murder.”

Which way will you choose?

2 thoughts on “The Election and its Consequences”