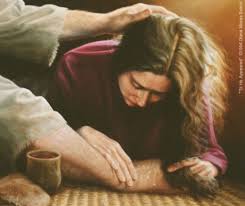 With apologies swarming around like a thick cloud of gnats these days, we need to examine the difference.

To apologize, according to Dictionary.com, is “to offer an excuse for some fault, insult, failure, or injury. To make a formal defense in speech or writing.”

An apology is “an expression of one’s regret, remorse, or sorrow for having insulted, failed, injured, or wronged another.”

You can regret wronging another and still not change. You’re still not forgiven. It’s a pretend repentance. A surface gloss-over. It’s an “I’m sorry I got caught. Here let me put a band-aid on this gaping gash.”

Forgiveness, on the other hand goes much deeper. To say, “I was wrong. Please forgive me,” in heart-felt repentance is powerful. It is admitting guilt–asking for release from the person they’ve wronged.

To forgive someone is “to grant them pardon.” To “cease to feel resentment against.” To “cancel an indebtedness; to forgive the interest owed on a loan.” To “pardon an offense or an offender.” It’s releasing them from jail. It also releases you from the prison of unforgiveness. (See Matthew 18: 23-35. See especially verse 35 which says if you don’t forgive others from your heart, Father God won’t forgive you.)

When Jesus entered the Pharisee’s house in Luke 7:36-50, He encountered a woman deeply in need of forgiveness.

She didn’t say, “I apologize for my wrong.” She didn’t make a lame excuse for her failures. She washed His feet with her tears in genuine heart repentance.

He didn’t say to her, “I accept your apology.” He said, “Your sins are forgiven.”

She no longer carried the burden of her sin. She was now free to resist the temptation to sin again because Jesus had forgiven her.

That’s the difference between apologies and forgiveness.

God’s Little Miracle Book is now available in audio at https://itunes.apple.com/us/artist/sally-jadlow/1303687606 for iTunes and at Amazon at https://www.amazon.com/-/e/B007F5H0H4