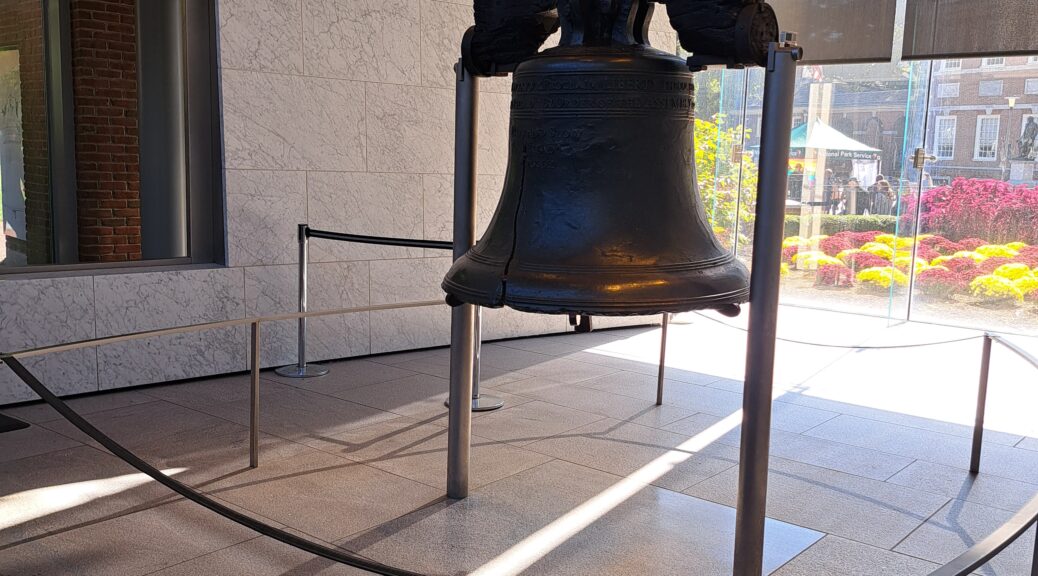 It’s been 70 years since I saw the Liberty Bell in Philadelphia, PA. When part of my family was in the area for a wedding recently, we put that on our bucket list as a Must See. I wanted the grandkids to see the signature of John Witherspoon on the Declaration of Independence, a near ancestor of their family line.

The bell is no longer exposed to the elements in a Constitution Hall courtyard. It now has its own building about a block north.

After we stood in a long line, then went through the security checks like in an airport, we finally arrived inside. The first area was dedicated to the meaning of the Liberty Bell in commemoration of our separation from England. The next section dealt with Segregation. The next, homosexuality. The next, women’s liberation.

At the end of the exhibit, we finally were able to see the Liberty Bell cordoned off to keep the public from touching it. By the time I left, I felt I had been thoroughly woked. It’s sad how people are changing the meaning of national treasures.

2 thoughts on “A Visit to the Liberty Bell”