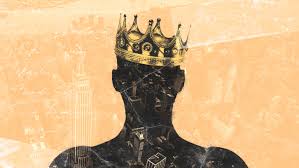 Someone called my attention to a scripture the other day that had a familiar ring to it. I Kings, chapter 1 records what happened when King David was about to die. He had many sons, but one of them, Adonijah, decided he’d take the throne. There was just one problem. King David had promised the throne to Bathsheba’s son, Solomon.

Adonijah invited Israel’s authorities and his brothers to a banquet to set himself up as king, but he left out a few people from the guest list–namely, Nathan the prophet, king David’s elite guard, and brother Solomon. When Nathan heard of Adonijah’s action, he made it known to King David who authorized a crowning of his choice, son Solomon.

When Adonijah was discovered as the interloper he was he became fearful and all his friends fled.

As I watch what is going on in our own government today, it sounds strangely familiar. Do you suppose God is about to do it again?

2 thoughts on “A Strange Parallell”