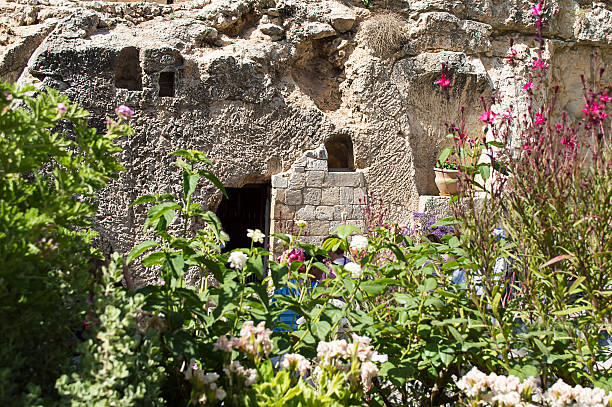 What if there had been no Joseph of Arimathea? He’s the guy who offered his new tomb in which to place Jesus’ body after the crucifixion.

Because Jesus was executed as a criminal, His body belonged to the Roman government. It would have been thrown on the trash heap outside the city. Had He risen from the dead, no one could have proved it.

Joseph of Arimathea was no ordinary citizen. He was a member of the Sanhedrin, one of 71 men who were the highest council of the Jews. They knew the Scriptures backward and forward. He knew Isaiah 53 which was written 600 years before Jesus’ birth that prophesied how Messiah would die. Isaiah 53:9 said “His grave was assigned with wicked men, yet He was with a rich man in His death, because He had done no violence, nor was there any deceit in His mouth.”

Joseph was a secret believer. He undoubtedly had heard Jesus when He declared the Son of Man would arise in three days (Luke 11:29-30.) If Jesus was who He said He was, He would only use the tomb for three days. Then the truth would be evident to all that Jesus wasn’t a liar, or a lunatic, He truly was the Son of God.

Joseph wasn’t the only secret believer of the Sanhedrin. Nicodemus had come to Jesus under cover of darkness to inquire of Him (John 3.) So these two secret believers provided the tomb and the burial spices (John 19:40) to make certain He had a proper burial instead of being thrown on the dung heap outside the city.

God didn’t leave any loopholes for doubt, did He? That’s because He wants everyone to know the Truth so that none would be lost (John 17:12 and John 18:9.) Do you know the Truth?

One thought on “What if?”